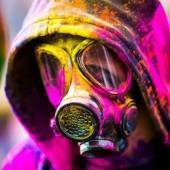 Tournaments allows your members to ceate Teams and then Tournaments to enter in, you can use this application for multiple tournaments including online gaming, sports or any other tournament you want to be involved in. You can allow members to comment and communicate with each other members on each tournament, Each team can have a unique skill what will be calculated using the elo rating system starting with a default of 1200 points.

Tournaments ( There are 4 different tournament types to choose from )

You may only provide a review once you have downloaded the file.

There are no reviews to display.